Owners of nuclear power plants who are eager to get customers to subsidize their business filed suit with the Supreme Court of Ohio on Wednesday in an attempt to block a proposed referendum to repeal House Bill 6. The owners assert that a referendum should not be allowed to proceed because HB 6 is a “tax” — and legislation creating taxes are not subject to referendum under the Ohio Constitution.

Gene Pierce, spokesman for the pro-repeal Ohioans Against Corporate Bailouts, responded by saying that “this frivolous lawsuit is another desperate attempt by FES (FirstEnergy Solutions) to protect their ill-gotten, billion-dollar bailout. In addition to having no legal basis, their own proponents in the legislature repeatedly stated that HB 6 was not a tax increase in their efforts to secure enough votes for passage of the bill.”

Meanwhile, bailout proponents continue to run misleading TV and radio commercials aimed at dissuading Ohioans from signing the referendum petition. The ads have attracted national attention, such as this analysis from a Bloomberg columnist. This week, referendum opponents also dropped direct mail. 9/5/2019 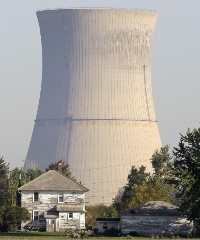 A new TV and radio ad is running statewide in hopes of heading off a referendum that would ask Ohio voters if they want to overturn House Bill 6 — the nuclear power bailout. In the ad, an ominous voice states that the Chinese government is mounting a secret takeover of Ohio’s energy grid and “coming for our energy jobs.” This week, several Ohio newspapers analyzed the ad. Here is what they said:

* A fact check by the Cincinnati Enquirer says the ad’s connection between China and the referendum to overturn HB 6 “is weak.”

* The Columbus Dispatch said the group behind the commercial offered “no evidence that such a plot exists.”

* An editorial by The Plain Dealer says it’s “the sleaziest scare ad in recent memory in Ohio.”

These analyses are further proof that HB 6 has ushered into Ohio some strange times with new, costly policy that threatens Ohio’s deregulated electricity markets. 8/28/2019

On Thursday, Aug. 29, the OMA Energy Committee held its third meeting of 2019 — this time at Rockwell Automation in Mayfield Heights. Chaired by Brad Belden, president of The Belden Brick Co., the meeting featured a full agenda with updates and insight from OMA staff, as well as OMA energy counsel Kim Bojko, partner at Carpenter Lipps & Leland, and OMA energy engineer John Seryak of RunnerStone.

Much of the meeting centered on House Bill 6 — the nuclear bailout law that was passed and signed in July — and its impact on manufacturers. Other discussion included recent energy-related decisions by the Supreme Court of Ohio and the Public Utilities Commission of Ohio. Guest speakers from the U.S. Department of Energy explored best practices in energy management, while OSU economist Ned Hill and Cleveland State University’s Andrew Thomas presented their research on the economic benefits of Ohio’s deregulated electricity market. 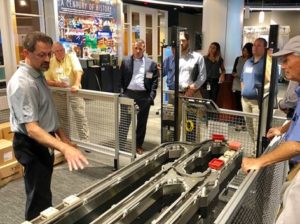 Nice turnout for the OMA Energy Committee meeting in Mayfield Hts. Thank you, Rockwell Automation, for the hospitality and the technology demonstrations!

The Supreme Court of Ohio this week rejected FirstEnergy’s appeal to reconsider the legality of its Distribution Modernization Rider (DMR). The denial to reopen the case confirms the court’s earlier 4-3 ruling that customers of FirstEnergy’s Ohio utilities have been overcharged by hundreds of millions of dollars since 2017. The court in June said the Public Utilities Commission of Ohio (PUCO) improperly authorized utility surcharges for grid modernization subsidies, and ordered the charges to be removed immediately.

The OMA Energy Group led the legal challenge to remove this rider. 8/22/2019 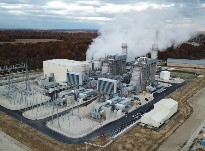 Another competitive power generation project has been cancelled due to the enactment of House Bill 6, the nuclear bailout plan. The Youngstown Vindicator this week reported on the decision by Clean Energy Future to shelve its plans to develop a third natural gas-fueled power plant in Lordstown. It is estimated the $1.1 billion plant would have brought $29 billion worth of economic benefit to the region over its 50-year life.

Approved by the General Assembly and signed into law in mid-July, HB 6 forces Ohio customers, including manufacturers, to subsidize the state’s nuclear power plants, as well as certain coal-fired generation facilities, giving those generators an unfair advantage and undercutting market economics. Last month, it was announced that a planned gas-fired power plant slated for Wood County had been cancelled due to HB 6. 8/21/2019

The OMA Energy Committee will hit the road for its Thursday, Aug. 29, meeting — this time convening in the Cleveland metro area. Rockwell Automation in Mayfield Heights will host the 10 a.m. to 1 p.m. meeting, which includes a networking lunch and optional automation demonstration tours. As always, there is no charge to attend. Register here or call (800) 662-4463. 8/22/2019 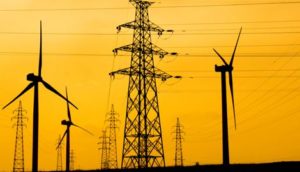 New research shows Ohio’s deregulated electricity markets have saved the state’s ratepayers nearly $24 billion over the past eight years, or roughly $3 billion a year. Conducted by researchers at The Ohio State University and Cleveland State University — and commissioned by the Northeast Ohio Public Energy Council (NOPEC) — the study shows that competition has driven down average electricity prices in deregulated Midwestern states, while their regulated peers have seen steady price increases.

Unfortunately, the research also finds that Ohio’s investor-owned utility companies are chipping away at those customer savings through the use of subsidies, surcharges, and riders. This is occurring as efforts have intensified to re-regulate electricity markets. See the whitepaper and executive summary. 8/12/2019

Industry Accounts for One-Third of Ohio’s Energy Use

Why is the OMA passionate about energy policy? Because manufacturers and other industrial users account for nearly one-third of Ohio’s total energy consumption — including motor fuel and electricity. The U.S. Energy Information Administration (EIA) has posted its most recent breakdown of Ohio’s energy consumption. Key facts include: 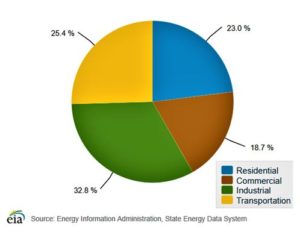 Remember to Thank Lawmakers Who Voted ‘No’ on HB 6

Last month, during the final days of legislative action on House Bill 6 — the nuclear bailout bill — 70 Ohio lawmakers from the House and Senate voted to approve the power plant subsidy package. However, another 50 lawmakers stood firm and voted against the bill. The votes were not along partisan lines and lawmakers from both parties were pressured heavily by their leadership, as well as multiple stakeholders.

This was a difficult vote, so hearing directly from constituents will mean a great deal to every lawmaker. If your state representative or senator voted “no” on HB 6, take a moment to send him/her a note of thanks. You can find your state lawmakers here. 8/5/2019