A group of Ohio business and professional associations, including the OMA, testified this week through the Ohio Alliance for Civil Justice before a House committee, urging the legislature to protect Ohio’s statute of limitations.

At issue was HB 249, which would give victims of sexual misconduct that occurred during a specified period by a physician employed by a land grant university a right of action against the school. The bill was introduced as a result of the case against former Ohio State physician Richard Strauss.

The Alliance said: “Statutes of limitation play an important role in any legal system because they create certainty, discourage unnecessary delays, and protect the integrity of the judiciary by setting the outer most limit of time for a valid legal claim to be filed.”

The Alliance said it “opposes reviving claims already barred by the applicable statute of limitation because it will create disorder in Ohio’s business and legal climates. For Ohio’s courts, the decision to revive certain claims will call into question what other types of claims could be revived in the future. This slippery slope is harmful to the legal climate by eroding at the predictability and finality of a judge’s order.” 9/12/2019

Using data from the U.S. Bureau of Economic Analysis, the Tax Foundation has published a map that shows the purchasing power of $100 in each state. Ohio’s purchasing power is seventh best, with $100 buying $112.49 worth of goods or services when compared to the U.S. average. You can also see the real value of $100 in your metro area and county. 9/12/2019

Forty years ago this week, the first American-made Honda product rolled off the line in Marysville, Ohio. Four decades later, the company has invested more than $11 billion in the state and employs roughly 15,000 Ohioans. 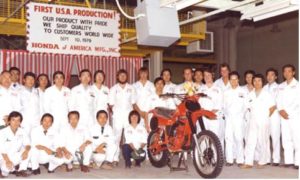 Read All About It in the OMA’s Daily News Clips

If you’re not already subscribed to the OMA’s Daily News Clips, now is the time to give this service a try. With short summaries and links to the original news provider, this daily digest of news — customized for manufacturers — cuts through the clutter and gives you the news that matters from Ohio and national media.

Best of all, this service is free with your OMA membership — and an unlimited number of your employees can receive it. Sign up or learn more by emailing Lisa Cummings-Dye at the OMA, or calling (614) 629-6815. Or go to My OMA and click “My Publications.” 9/12/2019 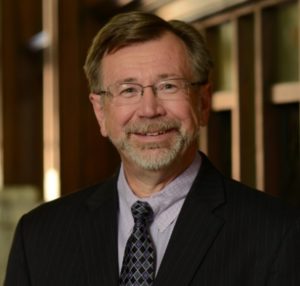 In the early hours of Saturday, Aug. 31, former OMA General Counsel and good friend Kurt A. Tunnell was struck and killed by an impaired driver in rural Hilliard. Prior to his retirement in January 2018, Kurt had worked with the OMA for nearly a quarter century.

During his lengthy career, Kurt held several leadership roles, including managing partner with OMA’s general counsel Bricker & Eckler LLP, one of the state’s most prominent law firms. He also served as the chief legal counsel for Gov. George Voinovich, then returned to establish a leadership development program that would later be named in his honor. Read more in Kurt’s obituary.

Over the past several days, statements honoring Kurt and his legacy have poured in from across Ohio, including condolences from Gov. Mike DeWine, who worked with him in the Voinovich administration. Gov. DeWine said: “Kurt served his community, his state, and his fellow man, and we will miss him greatly.”

OMA President Eric Burkland said, “We are heartbroken by his untimely passing, but we are forever grateful for Kurt’s friendship and the opportunity to learn from him and work with him to better Ohio.”

A memorial foundation has been established to continue Kurt’s legacy of servant leadership. Contributions may be made to either of the following: The Namikango farm in Malawi, Africa in care of the Malawi Talent fund; or The Kurt Tunnell Servant Leadership Memorial Foundation in c/o of the Tunnell Leadership Development Program at Bricker & Eckler LLP. 9/4/2019

The latest “Beige Book” released this week by the Federal Reserve shows that U.S. economic activity in the non-financial service sector was either steady or improving across the country through the end of August, expanding at a modest pace. Manufacturing and agriculture were the two weak spots as of late summer.

The Federal Reserve Bank of Cleveland reported that economic activity in Ohio and parts of neighboring states remained steady as well. This as competition for skilled labor led to higher wages in manufacturing, construction, and professional and business services. Manufacturers in the Cleveland Fed’s district saw weaker demand and elevated inventories “because uncertainty led their customers to delay capital expenditures.” Some manufacturers said the slowdown “was a return to normal following more than a year of hectic activity,” while the outlook for the coming months was mixed.

According to MarketWatch, “Fed officials are split about how to respond to fears of a sharper downturn,” but most economists think interest rates will be lowered by a quarter-point at the next policy meeting in two weeks. 9/4/2019

Ohio Senate Republicans announced this week that Terry Johnson was selected to represent the 14th District following the resignation of State Sen. Joe Uecker (R-Loveland). Johnson is a physician and former member of the Ohio House, serving from 2011-2018. Before joining the legislature, Johnson was the Scioto County coroner and a flight surgeon with the Army National Guard. He currently is the director of medically assisted treatment and integrated health services at Valley View Health Centers in Waverly.

Meanwhile, State Sen. Louis Terhar (R-Green Township) announced this week that he will retire at the end of the month after eight years in the General Assembly. The application process to fill the 8th Senate District seat is open until 4 p.m. Friday, Sept. 20. 9/4/2019

Lightweighting Certificate Course to be Offered in Geauga County, Oct. 21 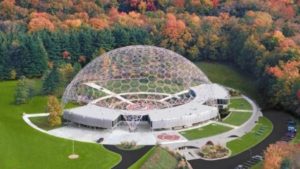 Among other things, applicants will learn where additive manufacturing (AM) technologies can be applied for design or economic advantage; understand lightweighting AM technologies, trends, and applications in transportation industries; demonstrate problem-solving skills in lightweighting through analysis of case studies; and learn the fundamentals of materials science and how to improve properties such as strength, stiffness, and ductility in a wide array of lightweight material options.

Sept. 10 Webinar: Are You Ready for Manufacturing 4.0?

Manufacturing 4.0 is building on the current use of computers and automation, enhancing the process with smart and autonomous systems fueled by data and machine learning. RSM notes that many middle market manufacturers are wondering how to focus their investments in order to not be left behind. This webinar will focus on strategies and tools to help you leverage your existing data and plan for your digital future. 9/4/2019

A new report by Citizens Bank finds that Ohio businesses, compared to the U.S. business community as a whole, are more likely to experience growth over the next quarter. The first-ever Citizens Business Conditions Index — which includes manufacturing data — revealed that the overall U.S. business climate remains strong, despite mounting headwinds. The bank’s nationwide index sits at a healthy 61.2, while the Ohio Business Index came in at 63.1, according to Gongwer News Service. A rating above 50 indicates economic expansion and improved business conditions. 8/27/2019