Gas and Diesel Taxes to Go Up

The new law includes a five-year phase-in to set the compressed natural gas tax rate at the same level as the diesel rate. Electric and hybrid vehicle registration fees will be set at level of $100 and $200, respectively.

The OMA, together with the Ohio Business Roundtable and the Ohio Chamber of Commerce, opposed the bifurcation of the gasoline and diesel tax rates, which until now have been the same. 4/4/2019

Manufacturers had a victory in the transportation budget bill, HB 62, with the removal of a limit on heavy-haul permits. Current law limited the permits to an arbitrary 150 miles. The new law eliminates this restriction. 4/4/2019

Members of the House Finance Committee have been hearing from state agencies and interested parties over recent weeks as they evaluate the voluminous state budget bill, House Bill 166.

The House will make a couple rounds of amendments before sending its budget to the Senate by early May.

OMA staff have identified some initial law changes of interest to manufacturers. We’ll update the OMA watch list as the budget process advances, and key issues will be covered here in Leadership Briefing and in OMA policy committee meetings. 4/4/2019 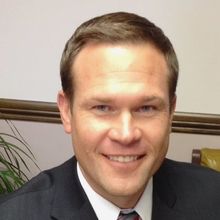 Jamie was previously Vice President, Public Affairs and Policy, at the Nebraska Chamber of Commerce. He formerly served as Nebraska’s Assistant Director of Agriculture and also worked as a senior legislative aide to Rep. Lee Terry and Sen. Chuck Hagel in the U.S. House and Senate.

Jamie earned his bachelor’s degree in journalism at the University of Nebraska and is an Army veteran.

Jamie is looking forward to learning a lot about being a Buckeye. You can email him here. 4/1/2019

The DeWine-Husted biennial budget was introduced into the House of Representatives as House Bill 166. This is the ‘main operating’ budget for the state, and joins the workers’ compensation and transportation budgets already under consideration by the General Assembly.

Where do the General Revenue Funds come from? About $10 billion a year from sales and use taxes, $9 billion from personal income taxes, $4.5 billion from other tax and non-tax receipts, and $10 from federal grants.

Vision 2030: The Factory of the Future

NAM’s Manufacturing Leadership Council just released “Vision 2030: The Factory of the Future,” an examination of mega-trends that are rapidly changing the face of manufacturing.

“Today’s image of manufacturing as a dark, dirty, and unattractive place to work will give way to a bright and exciting new reality. This reality is in the early stages of formation today as trends such as connectivity and networking, information and process digitization, advanced analytics and computing, and new models of production like 3D printing take hold and play out,” the study summarizes.

“As manufacturing becomes increasingly connected and information-intensive, every functional aspect of the enterprise is likely to be affected, from design, to manufacturing through supply chains, and extending to customer service and support. Along the way, the skills people will need for manufacturing jobs may require significant change. Many manufacturers will have to undertake significant cultural, organizational, and management changes if they are going to take advantage of the opportunities offered by the digital revolution.” 3/28/2019

Emerging Leaders is an intensive, executive-level training initiative designed to accelerate the growth of small businesses with potential for job creation. During the course of seven months, participants are given the opportunity to work with experienced mentors, attend specialized workshops and develop connections with their peers, city leaders and the financial community.

DeLuca of Scotts Miracle-Gro Elected to OMA Board 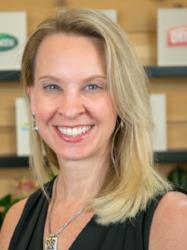 When it met this week, OMA’s board of directors elected Aimee M. DeLuca, Vice President, Taxes, The Scott’s Miracle-Gro Company, Marysville, as director and treasurer.

Returning to the Columbus area, she rejoined SMG in 2004 and currently leads their corporate tax function with key responsibilities in the areas of global income tax and domestic transaction tax planning and compliance, strategic planning and M&A, tax accounting and financial reporting, tax audit management, and negotiation of tax credits and incentives. Aimee is also an officer and board member of several SMG affiliates, both foreign and domestic.

Aimee is a graduate of Bowling Green State University with a BSBA, Accounting, and received a Pace Setter Award in conjunction with earning her MBA from The Ohio State University Fisher College of Business in 2008.

OMA’s board members are volunteers and can serve an unlimited number of three-year terms. 3/19/2019

Governor DeWine announced priorities for his two-year state budget at a kickoff press conference last week. The details of the state’s main operating budget have yet to be formally introduced as a bill, but testimony began this week before the House Finance Committee.

The state budget has far-reaching fiscal impacts on all individuals and businesses. As it is debated, the budget bill – expected to be introduced today – becomes a “legislative Christmas tree” including hundreds of potentially significant policy changes.

OMA staff and counsel will be monitoring and reporting on the myriad of policies addressed in the bill. Stay tuned and plan to participate in upcoming OMA policy committees where details will be reviewed and discussed. 3/21/2019

Late Thursday afternoon members of the Senate Transportation, Commerce & Workforce Committee voted to lower the proposed gas tax increase to 6 cents, down from the 10.7 cents on gasoline and 20 cents on diesel passed by the House.

Both of these proposals by the General Assembly are well short of the 18 cent increase that Governor DeWine had made a case for when he introduced the Transportation Budget.

The bill is expected to pass the Senate and will go to a Conference Committee where members of the House and Senate will settle the differences between the two chambers next week. 3/21/2019