OMA Board Hears from ODOT Director re. Gas Tax Proposal 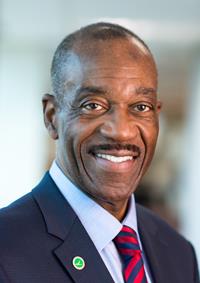 At their quarterly meeting this week, members of the OMA board of directors visited with ODOT Director Dr. Jack Marchbanks. Front and center was the Statehouse debate on law changes to adjust Ohio’s motor fuel tax.

Dr. Marchbanks explained why the state needs an 18 cent hike on the motor fuel state tax in order to fund transportation projects and maintenance. The ODOT director illustrated that even with the increase, Ohio’s motor fuel tax would still be competitive compared to surrounding states.

The state tax per gallon of fuel stands at 28 cents and has not been changed since 2003. The director noted how more fuel-efficient vehicles have contributed to declining revenues for over a decade.

The OMA is on record as supporting the governor’s originally proposed 18 cent increase. 3/21/2019