The meeting featured guest speaker Supreme Court of Ohio Justice Judi French, as well as a tour of the brewery. The next meeting of OMA’s Government Affairs Committee is set for Nov. 13. 8/22/2019 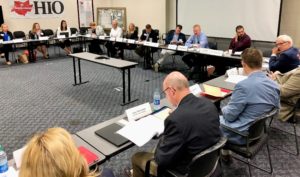