OMA Connections Partner Franz Ward reports that under a new rule being advanced by the U.S. Department of Labor (DOL), applicants for unemployment benefits may soon have to pass a drug test in order to receive benefits. The rule is closer to becoming a reality after the DOL sent it to the federal budget oversight office for final approval. 9/9/2019

On Sept. 30, at 11 a.m. (EDT), OMA Connections Partner Roetzel & Andress will conduct a complimentary webinar to address the latest developments regarding compliance with the Fair Credit Reporting Act as it applies to conducting background checks; proper and improper questions in candidate interviews and on employment applications; and a “ban the box” update.

Roetzel is recognized by SHRM to offer SHRM-CP or SHRM-SCP professional development credits (PDCs). This program is valid for 1 PDC. This activity has met HR Certification Institute’s® criteria for recertification credit pre-approval. 9/10/2019 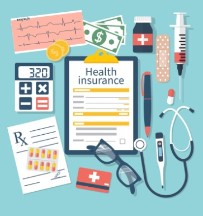 The ACA-compliant plans will focus on manufacturers with 2 to 99 employees. To participate, you must be an OMA member. More details will come in early September, so be on the lookout for e-mails and postcards regarding this exciting new health insurance option for you and your employees. If you have questions, e-mail the OMA’s Dan Noreen or call him at (614) 629-6816. 8/29/2019

The National Association of Manufacturers (NAM) reports from Washington that there has been a continued push for federal legislation known as the Protecting the Right to Organize (PRO) Act. According to the NAM, this federal legislation would make it easier for unions to use card check; restrict opportunities for employers to communicate with their workers; apply pressure via secondary boycotts; and get access to employee shift and personal contact information. The NAM is aggressively fighting the legislation. A House markup is expected this October, and the bill will likely be considered by the full House shortly thereafter. 8/27/2019

OMA Connections Partner Roetzel & Andress reports that employers may still implement drug testing, drug-free workplaces, and zero-tolerance policies — and Ohio law does not require employers to accommodate the use, possession, or distribution of medical marijuana. But the Roetzel report notes that outside of Ohio, the issue is becoming increasingly complicated as some states have expanded the rights of employees who use medical marijuana. Roetzel advises employers with operations in multiple states to stay abreast of changing marijuana laws. 8/28/2019

Testing for Alcohol: How it’s Different

Testing employees or applicants for alcohol can be tricky. OMA Connections Partner Working Partners® has posted this brief video to provide some insights on best practices when testing for alcohol in a drug-free program that is not regulated by an outside authority, such as DOT. 8/22/2019

What if You Receive a ‘No-Match’ Letter?

In the past few months, many businesses nationwide have received “no-match” letters from the Social Security Administration, alerting employers about discrepancies between the agency’s files and data reported on W-2 forms. OMA Connections Partner Clark Schaefer Hackett reports that there are several reasons why names and SSNs don’t match — from input errors, to name changes due to marriage or divorce, to undocumented workers. Find out what you should do if your business receives a no-match letter. 8/22/2019

OMA Connections Partner Calfee has analyzed Ohio’s new statutory changes regarding the state’s definition of “employment” as it pertains to motor carriers and those in the trucking industry. These changes went into effect July 3, 2019 under House Bill 62, Ohio’s transportation budget bill. The new law impacts how administrative agencies, including the Ohio Bureau of Workers’ Compensation (BWC), view independent contractor drivers. If your business could be affected by these changes, see this article, which details how the new law provides clarity for motor carriers operating in Ohio. 8/21/2019

What options are available to employers when an employee is suspected of cheating on a drug test? More importantly, how can companies prevent employees from cheating in the first place? OMA Connections Partner Working Partners® has published a “real life incident” recounting the suspicious circumstances surrounding the testing of a particular worker and how the incident could have been avoided. 8/13/2019

Earlier this summer, President Donald Trump signed an executive order aimed at improving price and quality transparency in health care, while protecting patients from surprise medical bills. The order also seeks to enhance patients’ control over their own health care resources through tax-preferred medical accounts. As a result, OMA Connections Partner One Source Advisors says the Treasury Department will soon issue guidance to expand access to high-deductible health plans. Additionally, the Treasury will propose regulations to increase the amount of funds that can carry over without penalty at the end of the year for flexible spending accounts.

Questions? Get in touch with One Source Advisors. The OMA will keep you posted on any new developments. 8/12/2019