Three of Ohio’s four electricity utilities this week testified in opposition to HB 247, a bill that would reform Ohio’s electric utility regulatory laws that have led to above-market charges on customers. The bill is sponsored by Rep. Mark Romanchuk (R-Mansfield).

The bill would allow customers to obtain refunds of charges overturned by the courts (refunds are currently prohibited!), would eliminate a type of rate case (Electric Security Plans) that has become the vehicle for massive non-bypassible riders on customers’ bills (with no customer benefit), and would require the separation of distribution and generation assets of the utilities (as envisioned by the electricity restructuring bill, SB 3, in 1999).

You can read the testimony from AEP here, Duke here and DPL here.

Protect energy markets and your company and family from unwarranted and excessive utility bills; urge your state representative to support HB 247. 12/14/2017

In the past week, two new members of the Federal Energy Regulatory Commission (FERC) took office. Among his first acts as FERC chairman, Kevin McIntyre wrote Department of Energy Secretary Rick Perry to request a 30-day delay in issuing final action on the “grid resiliency pricing rule” proposed by Secretary Perry in late September in an effort to prop up some coal and utility interests.

Chairman McIntyre requested the delay in order to afford himself and newly appointed Commissioner Richard Glick adequate time to review the docket and weigh in on deliberations.

Secretary Perry granted the requested delay and set a new deadline of January 10, 2018 for final action.

The OMA filed comment and reply brief with FERC, opposing the proposed rule that equates to a new tax on energy. Stay tuned. 12/14/2017 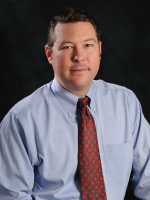 Augsburger wrote: “If enacted, the proposed rule change would deal a serious blow to America’s manufacturing competitiveness by requiring consumers to pay more for electricity to prop up some utilities’ uneconomic power plants owned by certain utilities looking for a bailout.”  12/13/2017

Next week, the committee is expecting to hear from opponents and interested parties. A vote could follow early in 2018. The OMA strongly supports HB 247. Utility companies oppose the bill because they benefit from being able to collect above-market charges from customers under current regulation.  12/7/2017

Why do it in Ohio? “Prime location in Eastern Grid (quality access to gas, coal, renewables), large number of new/planned power plants, big state-wide market (with others nearby), successful RTO (wholesale market), and a marginal cost of power that is lower than average cost.”

Wood called Ohio “the Texas of the Midwest,” and Texas the “Ohio of the Sunbelt,” because of the states’ energy similarities:  “Competition already underway, sitting amid best fuel resources, vibrant wholesale power market, diverse economic base, and a top business climate.”  12/7/2017

In his proponent testimony, OMA Energy Committee Chair Bradley Belden, VP-Administration, Belden Brick Company, questioned why policymakers would consider subsidies for electric generation and urged lawmakers to approve the bill to put a stop to above-market charges layered on the distribution portion of customer bills.

OMA Government Affairs Committee Vice Chair Luke Harms, Sr. Manager, Government Relations, Whirlpool Corporation, also provided proponent testimony saying, “Above-market charges are an issue of concern for manufacturers of all sizes because they drive up energy costs without delivering any additional benefit to customers. And this is happening at a time when market prices are in decline and electric bills should be dropping, not rising.”

Other supporters of the bill who testified this week include representatives of AARP, National Federation of Independent Business/Ohio and the Ohio Chemistry Technology Council. 11/30/2017

After conducting a workshop and receiving comments from a number of parties, including OMA Energy Group, the Public Utilities Commission of Ohio (PUCO) issued an order adopting new net metering rules on November 8, 2017.

A net metering system is a generation facility that uses an appropriate fuel type, is located on the customer-generator’s premises, operates in parallel with the electric utility’s transmission and distribution facilities, and is intended primarily to offset part or all of the customer-generator’s requirements for electricity. Permissible fuel types for net metering are: solar, wind, biomass, landfill gas or hydropower.

More than 300 parties filed comments opposing a recent proposal by U.S. Secretary of Energy Rick Perry to subsidize unprofitable power plants in the name of grid resiliency, even though credible data affirms grid reliability has never been better due to the competitive market.

The OMA filed comment in the Federal Energy Regulatory Commission (FERC) docket and this week filed a reply brief.

The FERC has significant independence of the Department of Energy and the commissioners will consider the evidence and render an opinion by December 11.

OMA members will discuss the far-reaching federal debate – and much more – at the OMA Energy Committee on November 16. Register here. 11/9/2017

DP&L, the Midwest Energy Efficiency Alliance and the EnergyStar Challenge for Industry are hosting a workshop on Industrial Energy Savings. The workshop is scheduled for this coming Thursday, November 16th, at the University of Dayton River Campus.

OMA members served by DP&L who attend will be eligible for an exclusive 25% bonus rebate for eligible efficiency projects. Learn more and register here, or contact John Seryak for more information. 11/7/2017