The speaker said he intends to strengthen the relationship and dialogue between the business community and House leadership — noting that his top goal is to restore faith and trust in the institution and legislative process. 9/22/2020

This week’s meeting of the OMA board was the first for two new directors.

John Shevlin is vice president of quality assurance and regulatory affairs at Midmark Corp. Headquartered in Dayton, with several other locations in the U.S. and international subsidiaries, Midmark is a leading provider of medical, dental and veterinary equipment and technology.

Matt O’Connor is president of Zaclon LLC, a Cleveland-based manufacturer of specialty chemicals with wide applications and worldwide sales.

OMA board chair Jane Neal said: “A strength of the OMA board is that it represents Ohio’s diverse manufacturing sector. We look forward to working with John and Matt.” 9/23/2020 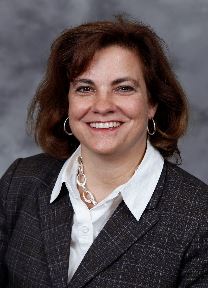 This week, Caroline Ramsey, manager for communications and government relations at Honda of America Mfg., was presented the OMA Babington Award, which recognizes volunteer leaders who go “above and beyond” in their service to the association. Ramsey has announced she will retire from Honda later this fall.

Caroline’s service to the OMA includes a stint as chair of the Government Affairs Committee, as well as her extensive work to enhance Ohio’s manufacturing workforce. A special thanks to Caroline for her longtime involvement with the OMA. 9/24/2020

OMA Connections Partner RSM says that U.S. manufacturers in September reported the fastest improvement in operating conditions since January 2019. The U.S. manufacturing purchasing managers’ index released by IHS Markit posted a reading of 53.5 in September, up from 53.1 in August. September marked the fifth straight monthly advance. 9/24/2020

On-Demand Webinar to Boost Your Cybersecurity

Cybersecurity incidents targeting the manufacturing sector rose significantly in the second quarter of 2020, accounting for more than a third of detected attacks, according to reports.

The OMA recently hosted a webinar to help OMA members build their cybersecurity response and recovery. Presented by the experts at OMA Connections Partner Roetzel, the webinar is available on demand, as is the webinar handout. 9/24/2020

This week, Gov. Mike DeWine signed House Bill 606, OMA-supported legislation to provide legal liability protections to businesses and other entities during COVID-19 — as long as they have not shown reckless conduct, or intentional misconduct, or willful or wanton misconduct, as noted in this analysis by OMA Connections Partner Roetzel.

The OMA worked to ensure the bill covered manufacturers that produce PPE and other products in response to the pandemic. The signed version of the bill extends liability protections through September 2021 and covers lawsuits dating back to March, when the state of emergency was first declared. The new law will become effective on Dec. 13, 2020, according to this summary by OMA General Counsel Bricker & Eckler.

Read the OMA’s statement thanking the General Assembly and Gov. DeWine for acting to protect the manufacturing community and Ohio’s economy. 9/14/2020

Ohio has again been named as one of the best states in which to do business by Area Development magazine in its new rankings. The Buckeye State comes in at No. 9 in the comparison — and is a top five state for logistics and infrastructure, as well as available real estate.

Ball State University’s Center for Business and Economic Research recently released its Manufacturing Scorecard 2020. Ohio was awarded a solid overall grade of B in the study, which considers several factors across eight broad categories, including taxes, human capital, and global reach.

Ohio’s top grades came in logistics (A grade), global reach (B) and sector diversification (B). The state’s lowest grade was in worker benefit costs (D). Five states were awarded an A grade, including Indiana, Kentucky and Michigan. 9/16/2020

Earlier this summer, we reported that the OMA was leading an important fight against attempts to erode Ohio’s petition process and the validity of ballot security. The OMA and other business groups filed an amicus (friend of the court) brief that supported the state’s appeal of a judge’s ruling that would have allowed electronic signature collections (instead of in-person signatures) for pending ballot measures, while extending the signature deadlines.

This would have dealt a blow to Ohio’s interests by providing a lifeline to out-of-state special interest groups seeking to change the Ohio Constitution to legalize marijuana, impose a $13/hour minimum wage, allow for same-day voter registration, among other actions.

This week, the U.S. Sixth Circuit Court of Appeals reversed the harmful ruling from the lower court, which overstepped its bounds when it effectively tried to rewrite Ohio’s constitution. As of the deadline for this Leadership Briefing, it was unclear whether the lawyers for the out-of-state interests will appeal to the U.S. Supreme Court. 9/17/2020