Give the Gift of Safety 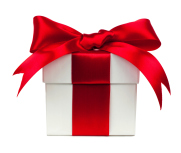 The BWC has you covered with gift ideas to keep your adventurers, do-it-yourselfers and loved ones safe and healthy throughout the year.

The safety experts from BWC’s Division of Safety & Hygiene have compiled this Safety & Health Gift Guide to help you give the gift that keeps on giving – safety and wellness.

The guide includes ideas for gifts to keep your friends and family safe at home and on the road.  It also includes reminders about creating or reviewing plans in case of home emergencies.

Do you have weekend warriors at home?  Check out ideas ranging from proper footwear and hearing protection to task lighting and eye safety.

How about outdoor adventurers?  From harnesses and carabineers for rock climbers to gun safety classes for hunters, there are plenty of options to choose from.

Keep the kids safe with tips for buying the safest toys and products, from toddlers to teenagers.

Also read the travel tips to keep you safe when travelling over the river and through the woods to grandmother’s house.

OSHA issued a new rule, which takes effect January 1, 2017, requiring employers to notify employees of their right to report work-related injuries and illnesses free of retaliation.  However, employers can meet the new rule requirement by posting the poster already required.  Here’s the required poster.  12/16/2016

Don’t Overlook Coverage for Employees Who Travel Out of State

Each state has different laws and requirements for workers’ compensation coverage.  Consider each state where you send employees, and make sure proper coverage is in place.

The Bureau of Workers’ Compensation (BWC) works with a private insurer to offer optional coverage to employers with out-of-state exposures.

Through BWC’s Other States Coverage, employers can secure coverage in 46 states to eliminate potential coverage gaps and compliance issues, which may arise when working out of state.

The Supreme Court of Ohio this week ruled that an injured worker is not entitled to both permanent and total disability (PTD) compensation and permanent partial (PPD) compensation in the same claim.

The Supreme Court specifically found that state law does not permit an award of PPD compensation to an injured worker who has already been awarded PTD compensation in the same claim.

This is a great decision for employers who have been faced with paying both where the Industrial Commission ruled PTD compensation was based on either the physical or psychological conditions in a claim.  Read an analysis of the case from OMA counsel, Sue Wetzel, of Bricker & Eckler.  12/8/2016

In the midst of an action packed lame duck session the General Assembly passed Senate Bill 27.  The bill sponsored by Senator Tom Patton (R-Strongsville) originally provided that a firefighter who is disabled as a result of specified types of cancer is presumed to have incurred the cancer while performing his or her job duties, thus creating eligibility for workers’ compensation benefits.  After opposition from the OMA and local government groups, the bill was improved in the House.

The bill cleared the final hurdles of the legislative process.  It now creates the presumption that a firefighter is eligible for workers’ compensation benefits if he or she contracts cancer and has been exposed in the line of duty to an agent classified by the International Agency for Research on Cancer as a Group 1 or 2A carcinogen.  In order to qualify the firefighter must have been assigned to at least six years of hazardous duty, among other terms.

While the bill (see analysis) still creates a new allowance in workers’ compensation law, OMA and its allies were successful in scaling back the precedent.  12/8/2016

The Supreme Court of Ohio issued a decision in the Manpower of Dayton, Inc. v. Indus. Comm., et al. in favor of the claimant, upholding the Industrial Commission’s Order awarding claimant PTD compensation.

Claimant provided medical evidence indicating she was totally disabled as a direct result of her impairments from her industrial injury based on the allowed conditions.  The Industrial Commission also had claimant examined, and it was determined that claimant had reached maximum medical improvement and was incapable of engaging in sustained remunerative employment.

The Supreme Court of Ohio disagreed, finding the Industrial Commission is the sole evaluator regarding the weight and credibility of the evidence.  The employer’s request for a writ of mandamus was denied.

For employers that failed to true-up and pay their 2015 policy by the original grace period date of September 30, but did true up and pay by November 30, the Bureau of Workers’ Compensation (BWC) will add them back to policy year 2016 premium discount programs and restore eligibility for policy year 2015 bonus programs.

Employers that complete the true-up and pay in the 59 days post November 30, 2016 can file an appeal for program cost relief via the BWC Governor’s One Time Forgiveness policy.  Read the BWC policy true-up policy here.

Direct any questions to BWC Employer Programs Unit or to OMA’s Brian Jackson. 11/29/2016

Created in 1993, SID is staffed with 118 agents, supervisors and support personnel.  The department works out of 11 offices across the state and investigates hundreds of fraud cases a year, from workers who fake injuries to physicians running pill mills.  Agents are armed with smart phones and sophisticated investigatory devices they don’t talk about publicly.

In 23 years, SID has identified more than $1.7 billion in savings.

Previously, under Ohio Administrative Code, certified nurse practitioners, clinical nurse specialists, and physician assistants (CNP, etc.) were not permitted to provide an opinion regarding whether a claimant is temporarily and totally disabled.  The BWC recently revised this rule to permit CNP, etc. to offer an opinion regarding temporary total disability for any initial period of disability throughout the length of the claim.

After consideration of OMA comments in direct response to the BWC’s proposed changes, a CNP, etc. can only offer an opinion regarding temporary total disability if requested to do so within the first six weeks following the date of injury, and can only write a claimant off work or place them on light-duty for up to six weeks.

This language reconciles the BWC’s intent to provide immediate care to an injured worker following a work-related injury and to be taken off work if necessary, with a manufacturer’s needs to remain productive, profitable and efficient by requiring care with a licensed physician if the extent of disability is expected to go beyond six weeks.  11/17/2016