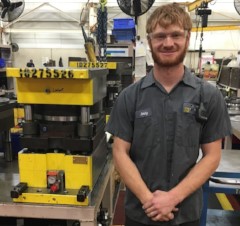 Today concludes In-Demand Jobs Week. Throughout the past five days, significant news media coverage has been dedicated to this statewide recognition of jobs and skills currently needed by Ohio employers, including the state’s more than 12,600 manufacturing firms.

One of the notable stories was published by Gallipolis Daily Tribune, which reported from Rio Grande — where the Buckeye Hills Career Center celebrated the center’s first Career Signing Day, attended by Lt. Gov. John Husted. The center’s superintendent, Jamie Nash, is quoted as saying that 66% of Ohio’s in-demand jobs don’t require a degree. Nash added that despite the center’s rural location, “around 500 students attend the career center and 600 are slated to attend next year.” 5/9/2019