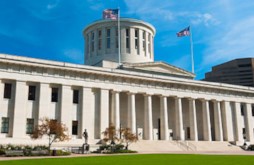 This week, Ohio House Speaker Larry Householder (R-Glenford) announced a plan to include a personal income tax cut in Ohio’s two-year budget. The tax cut would be funded by reducing or eliminating selected incentives.

Specifically, the House’s income tax cut would be paid for by reducing the amount that pass-through businesses — such as partnerships, sole proprietorships or LLCs — could earn before paying the state income tax. The exemption threshold, passed in 2015, would go from the current $250,000 to $100,000. The House may also consider eliminating a 40% break for income over $250,000, the speaker noted.

Other provisions that could be used to pay for the income tax cut include Ohio’s motion picture tax credit and an exception for fractional ownership of airplanes. 5/2/2019