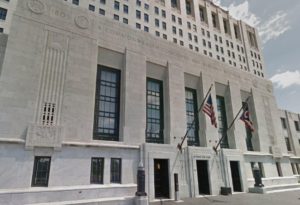 In a victory for the state’s legal climate, as well as common sense, the Supreme Court of Ohio has reversed a lower court’s award of $360,000 — which had been reduced from more than $1.3 million awarded by a jury — in a suit against a grocery store chain. The case involved a customer who was injured by another driving a motorized shopping cart in 2012. The Sept. 19 decision is a blow to trial lawyers pushing similar injury lawsuits against Ohio businesses.

In a rare 7-0 decision, the court said Giant Eagle was not liable because there was insufficient evidence that the store’s actions caused the incident. Justice Melody J. Stewart, a Democrat, wrote on behalf of court: “It is not enough for the plaintiff to assert or speculate that the defendant’s actions or failure to act might have caused the injury.” 9/23/2019