After more than 40 years at the OMA, Margaret West — who served as the OMA’s director of financial and administrative services — has retired from the association.

West started her OMA career in April 1981, the same month the space shuttle Columbia made its first voyage. When asked what she will miss most about the OMA, she said “it will be a toss-up between my co-workers and my work,” which allowed her to communicate with OMA members.

Margaret said she’s looking forward to catching up on reading, having lunch with friends, and no longer setting her alarm. The OMA congratulates Margaret on her retirement and thanks her for four decades of service to Ohio manufacturers! 8/2/2021 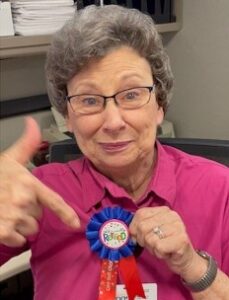