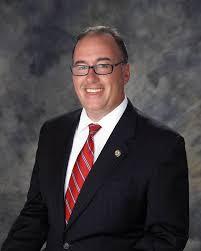 The tax hike, targeted to fund infrastructure improvements, is included in the state transportation budget, House Bill 62, which has cleared the House and is now pending in the Senate.

The OMA witness took issue with revisions to the proposal that would tax diesel fuel at a rate 25% higher than gasoline. “Like most states, Ohio has one simple motor fuel tax rate that applies equally to all vehicles that consume motor fuel. The bill pending before you confounds the established simple tax and will result in diesel fuel being taxed at a rate of 25% greater than gasoline. Why?” testified McGregor.

McGregor made the point to senators that it is a common practice in shipping contracts for the carrier to pass along the total fuel costs to the shipper: “So, in effect, when you raise taxes on diesel fuel, you are increasing costs on economic drivers of our state’s prosperity.” 3/14/2019