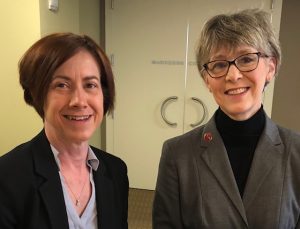 The OMA-PAC board of directors this week endorsed candidates in the two races for the Ohio Supreme Court seats: Justice Mary DeGenaro and Judge Craig Baldwin.

Justice DeGenaro was appointed to replace William O’Neill, who resigned to run for governor. She had served on Ohio’s Seventh District Court of Appeals in Youngstown since 2001 and previously served on the Poland Village Council. She has a bachelor’s degree from Youngstown State University and a law degree from Cleveland-Marshall College of Law.