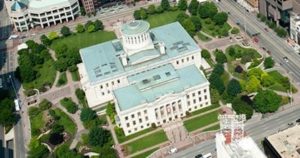 For the first time since 2009, Ohio lawmakers have failed to meet the June 30 deadline to finalize the state’s two-year budget (House Bill 166). A 17-day stopgap measure has been passed and signed to fund government operations and give lawmakers more time to reach an agreement.

A joint House-Senate committee has faced several sticking points caused by differences between the two versions of the main operating budget. The budget bill contains several items that would impact manufacturers, including workforce funding, tax provisions, and numerous smaller changes.

Upon signing the temporary funding measures for both state operations and the BWC, Gov. Mike DeWine urged both chambers to continue negotiations and reach a timely compromise. The OMA will keep members updated as negotiations look to stretch into the next week. 7/1/2019