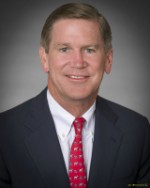 Cleveland Plain Dealer guest columnist Sandy Cutler, chairman and CEO of Eaton Corporation, went on the record regarding the need for the next president to place a high priority on fiscal management and tax reform.

He said, “The next president faces a dangerous fiscal picture. According to the nonpartisan Congressional Budget Office, deficits will exceed $1 trillion by 2022, three years earlier than previous projections, and the debt will rise by more than $10 trillion over the next decade.”

“Our country is in desperate need of fundamental tax reform that simplifies the tax code, boosts economic growth, increases international competitiveness, and provides much-needed certainty that businesses need to plan ahead, invest, and create jobs. But that kind of pro-growth tax plan should be designed in a way that doesn’t add to the debt,” wrote the Eaton leader.

He urged voters to discern rhetoric from reality when considering for whom to vote.  Read Mr. Cutler’s column here.