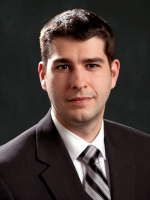 Rob Brundrett has been promoted as the OMA’s managing director of public policy services. An eight-year veteran of the association, Brundrett succeeds Ryan Augsburger, who was named OMA president in December 2020.

In his new role, Brundrett will lead the OMA’s advocacy program and member engagement via the OMA’s policy committees. He will also continue to serve as secretary of the corporation.

Brundrett is a native of Troy, Ohio. He earned his law degree from Cleveland State University and his undergraduate degree from Xavier University. Prior to joining the OMA staff, Brundrett worked in both the Ohio House of Representatives and the Ohio Senate, and also served as legislative director for the Ohio State Auditor. 1/5/2021