On Tuesday, June 18, the OMA Board of Directors met for their quarterly meeting at the OMA headquarters. Key actions taken by the board included the election of officers and new directors.

To recognize Balogh’s service, the OMA made a donation in his name to Modern Warrior Live — a theatrical production of a combat veteran’s journey.

The following new directors were elected to the board: 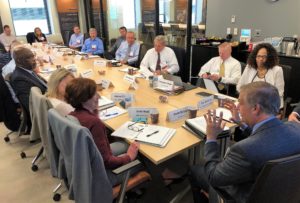 In his last board meeting as OMA chairman, Scott Balogh of Mar-Bal, Inc. this week recapped his experience leading the association.