NAM Official: USMCA Passage is Critical for Manufacturers in Every State 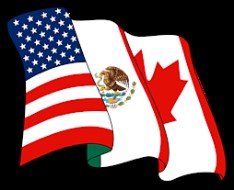 The National Association of Manufacturers has repeated its call for prompt congressional approval of the United States-Mexico-Canada Agreement (USMCA), which would modernize and replace the 25-year-old North American Free Trade Agreement.